The Heathrow Express rail service opened in June 1998 and has since provided a direct journey from central London to Heathrow Airport. Having had the pleasure of working on the Heathrow Express since its early years of operation, it was natural that we were appointed to design and implement the most recent and revolutionary upgrade; replacing end-of-life elements and migrating multiple sub-systems within the station to be accessible from a new, centralised Station Management System.

“A special thank you to Stephen Haynes and his team for delivering what was an extremely challenging project, to the full satisfaction of all at Heathrow." - Stephen Hicks, Heathrow Airport 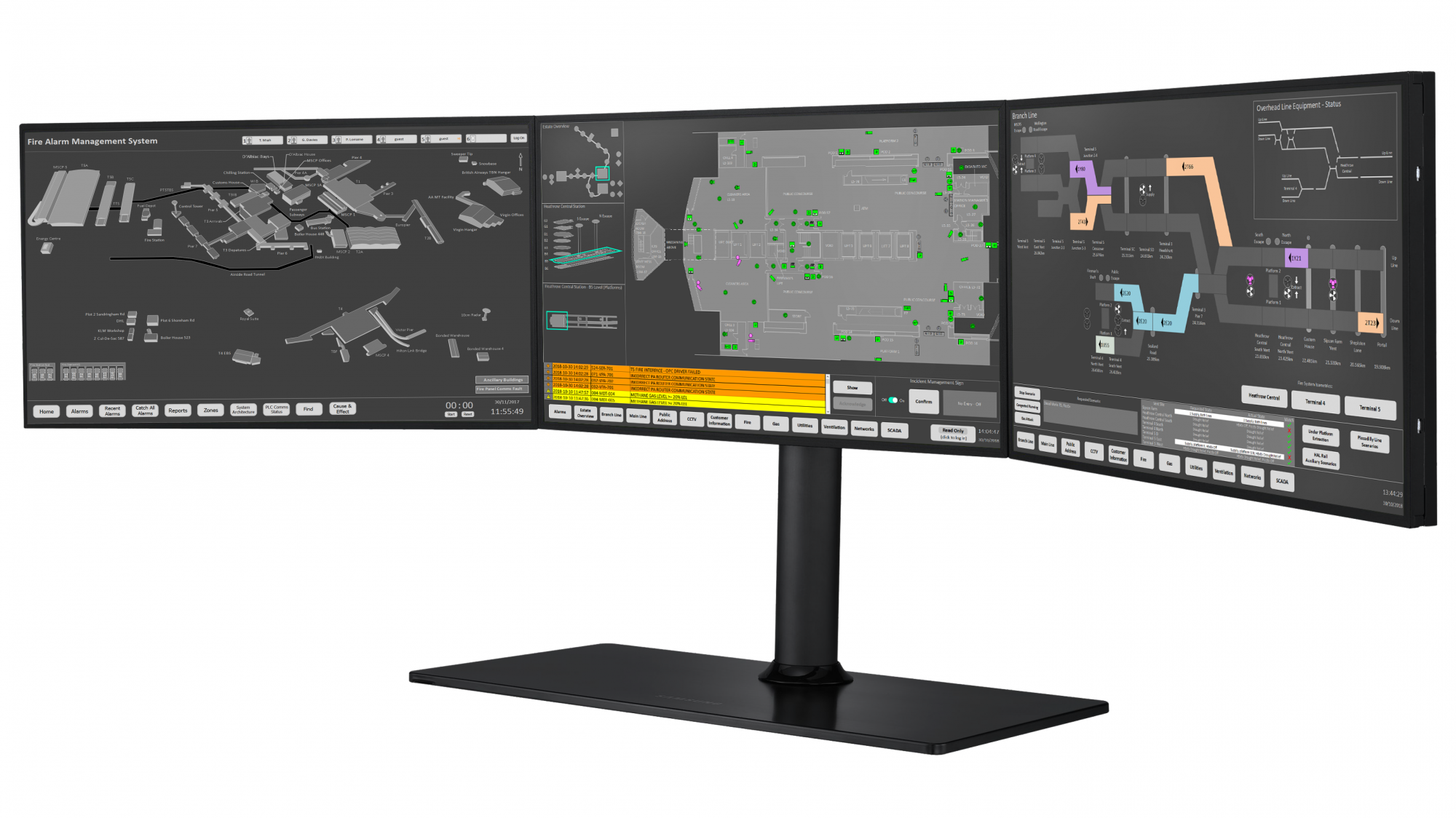 Heathrow Rail services are operated from the Heathrow Rail Control Room, located in Heathrow Airport. The Station Management System is continually used 24/7/365 by operations controllers, service controllers, station managers, maintainers, and managers.  A number of sub-systems were reaching end of life and Heathrow wanted to invest in a new technology stack that would help it drive forward their customer experience as well as be future-proofed for airport expansion.

The main challenge of this project was to design, install, migrate and commission a large amount of operationally critical systems in a live rail environment with no impact on the customer or revenue service.

Part one – Upgrade the central command and control system which provides control and monitoring functionality across all three rail stations as well as the running tunnels, escape shafts and cross passages.

The SCADA architecture comprises two high-availability, fully redundant servers housed in separate rail stations to provide maximum resilience and nine operator workstations distributed throughout two control rooms. In addition, a data logging server was designed to archive all alarms, events and user actions that are generated by the system. This valuable data can be exported into the wider Heathrow business intelligence applications to drive real-time efficiency and performance metrics.

In total, over 7000 assets are integrated into the system providing users with real-time information on the health and status of the entire rail infrastructure. To enable the interface between the new SCADA system and new and existing IP system, a new high bandwidth data network was deployed throughout the Heathrow Rail Infrastructure.

This new network provided a core ring around the Airport that has sufficient spare capacity for future system expansions. We developed several interfaces for 3rd party products using software development kits (SDKs) or from scratch for interfacing with proprietary protocols. In addition to this, the new SCADA was programmed to communicate with over 60 existing PLCs that are distributed around the rail infrastructure and continually monitor over 150,000 digital input/output signals from field equipment.

Part two – Upgrade the ‘front of house’ systems that affect the customer experience such as customer information displays, public address, and security systems.

PA / VA – The Public Address system and speakers were upgraded to provide a fully digital IP solution which improved the audibility of the information being delivered as well as being coordinated with the new customer information system. The system was configured in a hot-standby configuration to provide resilience should any part of the system fail and is compliant with BS EN54.

Security – The CCTV system was upgraded to a new digital IP solution utilising Power over Ethernet (PoE) to further drive down the energy footprint of the overall system. Over 500 cameras were replaced, and 3D modelling software was used to optimise the camera locations and ensure compliant coverage was achieved in terms of detection and recognition. The new CCTV system is fully integrated with the SCADA system and Video Walls providing a unique and efficient user experience. The new Station Management System was designed using the active and ongoing input from the existing system owners, operators and maintainers.

In addition, the upgrade followed a specific yet flexible migration strategy which was the result of continuous consultation with all stakeholders. These two approaches resulted in an end-product which is fit-for-purpose, meets the expectations of all stakeholders and that was delivered with almost zero operational disruption.